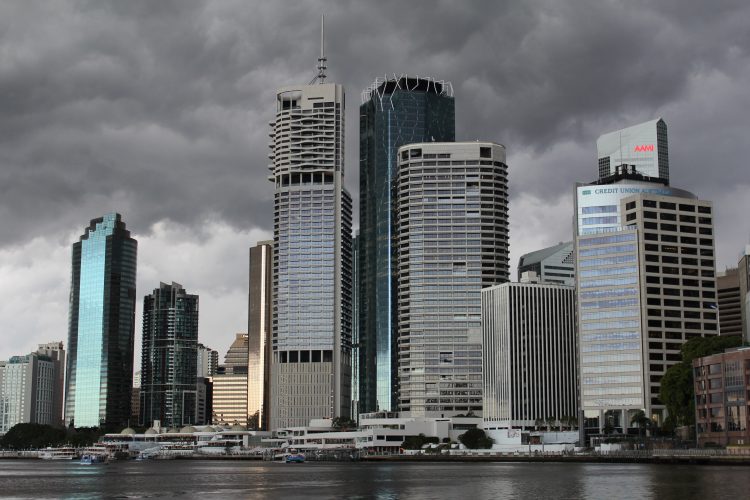 Living life in one country is so last century. As 21st-century citizens, we live, work, play, and shop internationally.

Are you looking for practical examples? You needn’t look far: Amazon and other e-commerce sites ship goods to Oz from all over the world. Our kids go to school in New Zealand or the UK. We lease holiday villas in Bali.

Currency needs to cross borders for ANY of this to work. However, this comes at a cost – banks charge a king’s ransom for the privilege. Consequently, many have moved their business to online money transfer providers. Picking a firm isn’t a case of one-size-fits-all, though. Each company has unique strengths, making them better suited to different transactions.

Take Transferwise and TorFX, for example. Both have attracted accolades over the years, but each serves a VERY different clientele. What is the difference between these two firms? Which one should you choose?

That’s the question we’ll help you answer in today’s blog. 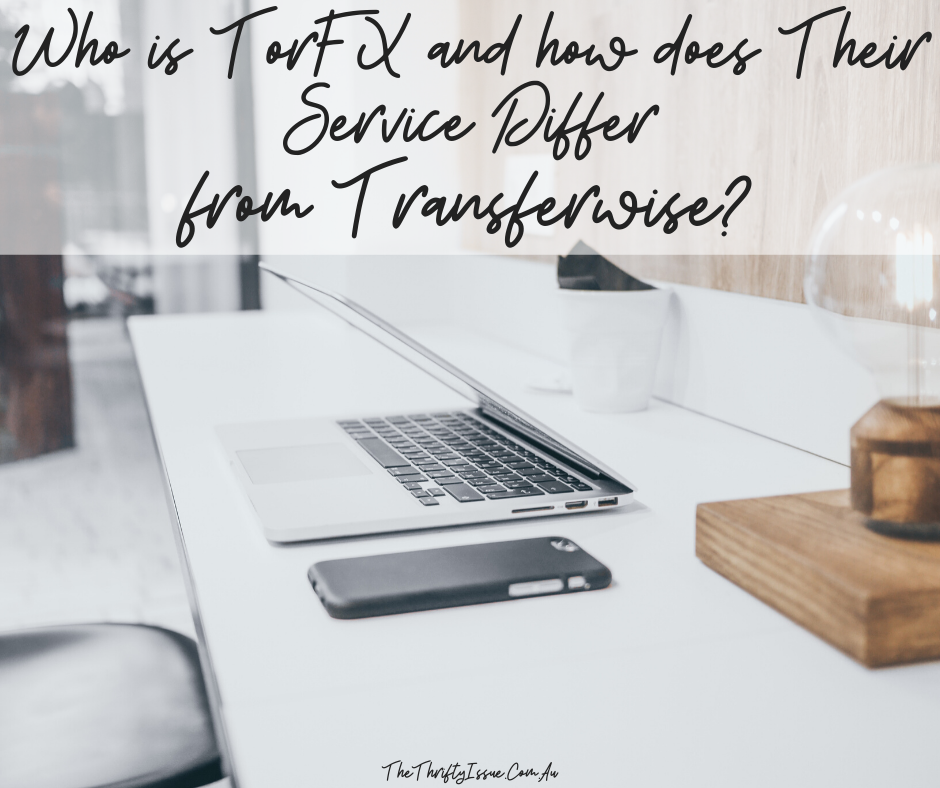 The Big Four are Taking you for a Ride

Not so long ago, banks brokered the lion’s share of international money transfers. Unchallenged, they were free to charge whatever they liked. The upfront wire fee, while annoying to most, hid the real con.

That could be found in their exchange rates. To be clear, this isn’t the REAL rate of exchange. Only banks and brokerages have access to that, which is known as the interbank rate. In essence, it’s the wholesale price that brokerages use to trade amongst themselves. For AUD/GBP, that rate is currently 0.5185.

Now, look at the AUD/GBP rate that the Commonwealth Bank of Australia is charging. As we write this post, they are offering 0.4921. That’s a 5% difference, which may not sound like much. However, the more you send, the more your losses add up. On a single 500 AUD transfer, you’ll lose 30 AUD in wire fees and 6 AUD in the exchange rate difference.

But what if you want to buy a home in the UK, post-Brexit? For the sake of argument, let’s use the numbers mentioned above, even though after a no-deal Brexit, they would be RADICALLY different. Let’s assume you need to send a Cornwall real estate broker 40,000 GBP to close a sale.

To do that via Commonwealth, you would have to send 81,314 AUD (wire fees included). If you could somehow send via the interbank rate, you would only have to cough up 77,146 AUD. In other words, you are paying CommBank 4,000 AUD to send your money – disgusting! 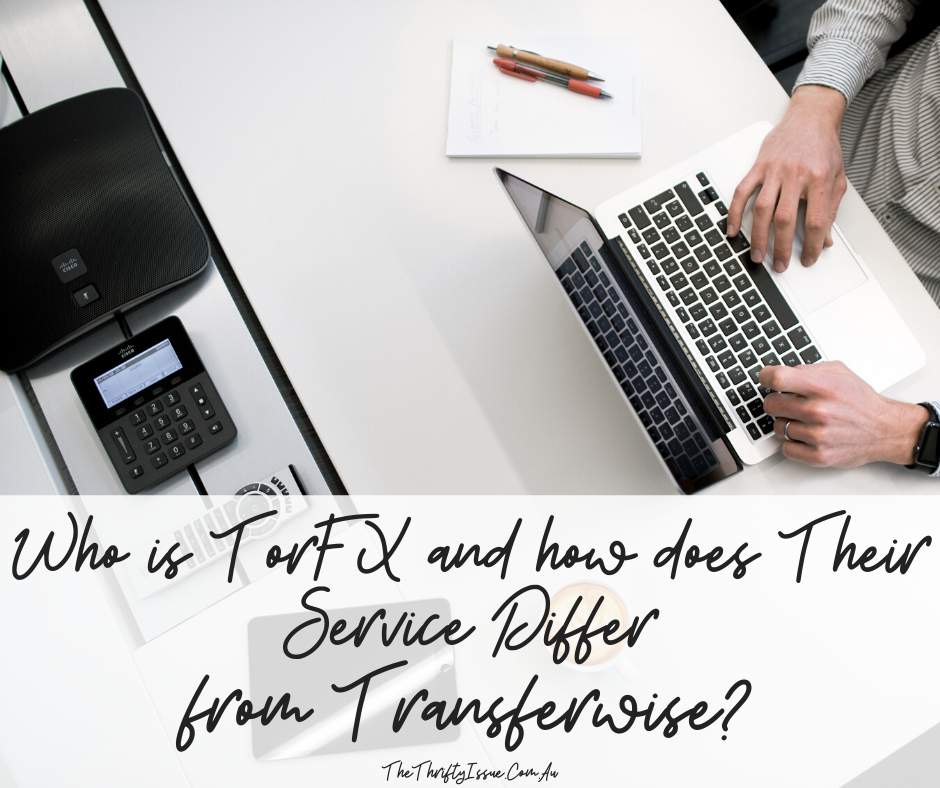 What are Money Transfer Companies? Who uses them?

These days, the misdeeds of the rich and powerful are being exposed for all to see. Everyday Australians now know they’re getting a raw deal from their banks, and are fed up with it.

More and more, they are turning to online-based money transfer companies. The gross margins of these financial institutions have created a massive opportunity for fintech startups. Thanks to firms like Transferwise and TorFX, we can now move money for FAR less than before.

So, how do money transfer firms do this? And who uses them? To answer both these questions, we must go back to the 1990s. As this decade dawned, the banks were as drunk as ever on their decadence. It had gotten so bad, brokerages like Sydney-based OFX sprung up to save beleaguered businesses from extortionate exchange rates.

Their customers found that their revenue, increasingly global in origin, was being horribly eroded. As a result, business boomed for OFX and other pioneer money transfer firms. As the 2000s arrived, PayPal proved the concept of moving money via the internet. Trading desks opened not long after, and in 2004, TorFX opened its doors.

As consumers got comfortable transmitting cash online (thanks to eBay and PayPal), the table was set for Transferwise. In 2011, the London-based, Estonian-ran firm offered transfers at the interbank rate. Charging only a nominal transfer fee, the cost of moving money sank to nearly nothing.

In short, these firms not only survive but thrive by their lack of overhead. Compared to the banks, they have far fewer employees and less real estate to maintain. The salaries they pay, while generous, are a far cry from the massive CEO compensation packages paid by the likes of ANZ.

Who uses these services? Parents who send “book money” to their kids, who are attending school in Auckland. Migrant workers, who send a few hundred dollars per month to their families in the Philippines. Families, who lease holiday villas in Bali. Small businesses who need to pay their vendors in Vietnam. And the list goes on.

Most online money transfers happen within a hair’s width of the interbank rate. Over months and years, these companies could save you THOUSANDS of dollars. 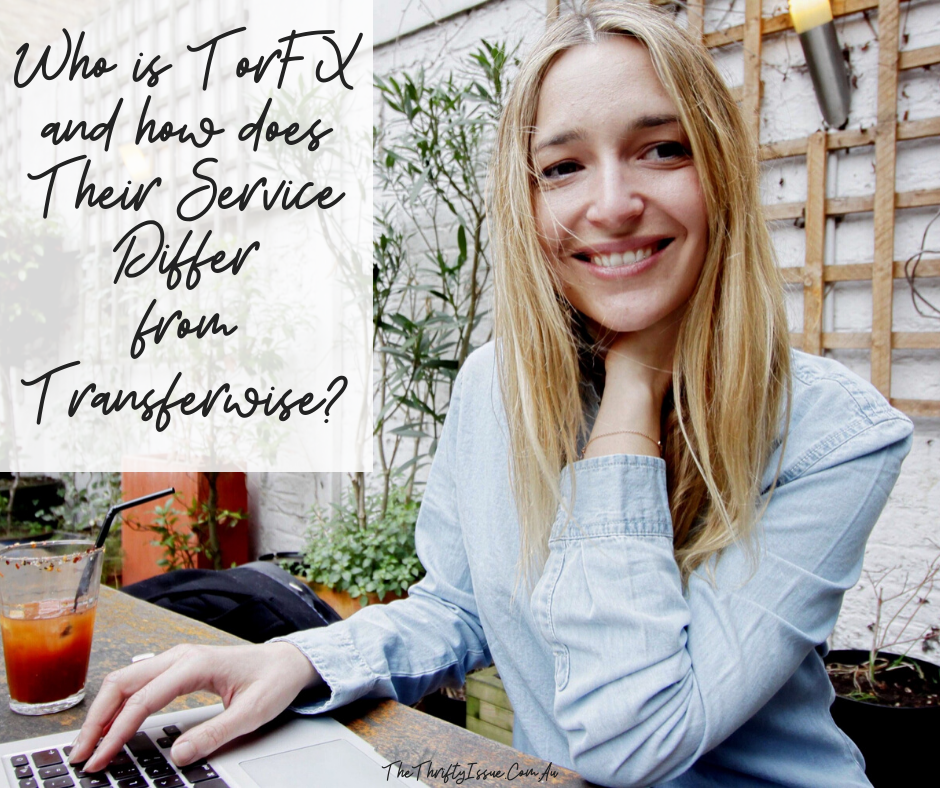 Even so, not every money transfer firm is the same. Through their policies and services, different providers appeal to different groups.

What makes TorFX stand out from the crowd? For starters, they focus exclusively on two markets – the UK and Australia. As a result, they’ve built up a great deal of experience and trust in both countries. In fact, they’ve taken Consumer Moneyfact’s International Money Transfer Provider of the Year award the last three years in a row.

Second, they offer a suite of services not available on sites like Transferwise. Of them, forward contracts are among the most useful. This offering allows the client to set up a transfer at a locked-in rate at a future date. If the exchange rate moves against them, the contract protects their assets from loss.

Third (and, in our view, most important), they offer dedicated dealers. These consultants confer with clients to structure transfers intelligently. When claiming inheritances, for example, improperly-sized transfers can trigger gift taxes. By structuring transfers into tranches, TorFX can minimise loss via taxation. 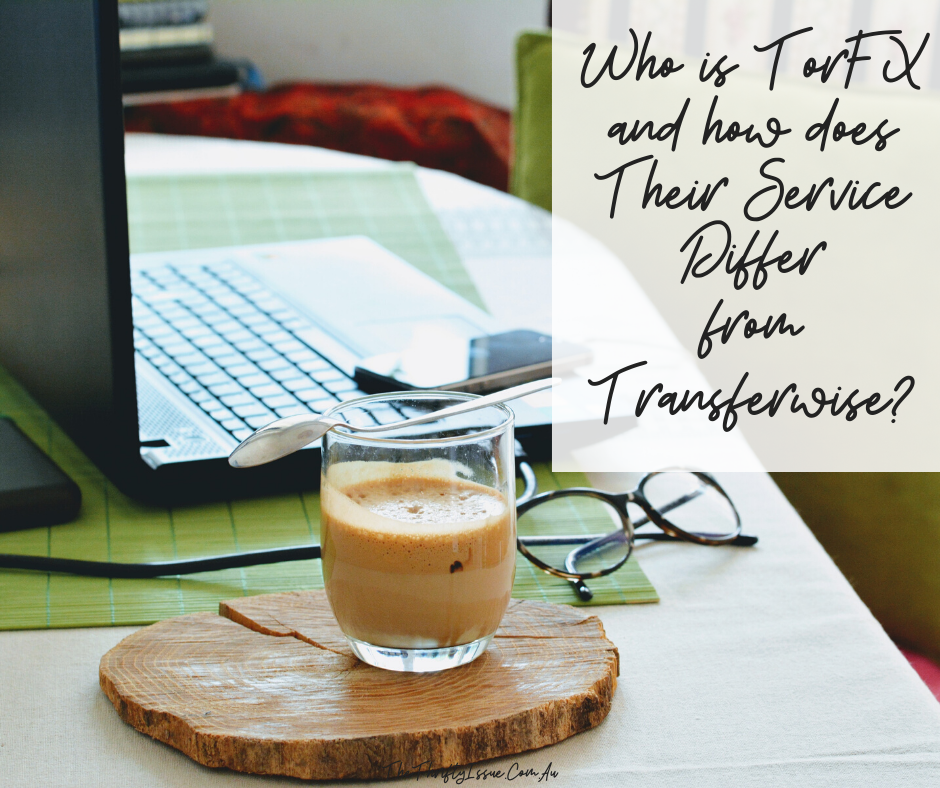 Appealing to the average consumer was a huge turning point for the money transfer industry. It wasn’t easy, though – conditioned by media reports of internet scams, many thought, “is TransferWise safe at all?”

Taavet & Kristo proved everyone wrong, as they managed to build the world’s second-biggest non-bank transfer firm in less than a decade. So, what is it that makes Transferwise unique?

Let’s start with the 800-kilogram gorilla in the room – their rates. Unlike most competitors, they charge the interbank rate. To make money, they charge a tiny transaction fee – usually, it’s a fraction of a percent. Consequently, they offer the cheapest transfers in many currency exchange markets.

That leads us to their second differentiator – their focus on radical transparency. Every time you send money with Transferwise, you can see exactly what fees they are charging you. Just click the drop-down button – their wire fees, transaction fees, and currency exchange math are all there for you to see. But they don’t stop there. On their site, they’ll show the rates of competitors – even when Transferwise isn’t the cheapest option. Wow.

Finally, their customer experience is highly positive. Rates aside, their platform is user-friendly, they offer transactions in nearly 50 currencies, and most report excellent customer service. When you make it easy for consumers to use your site/app, growth usually follows. 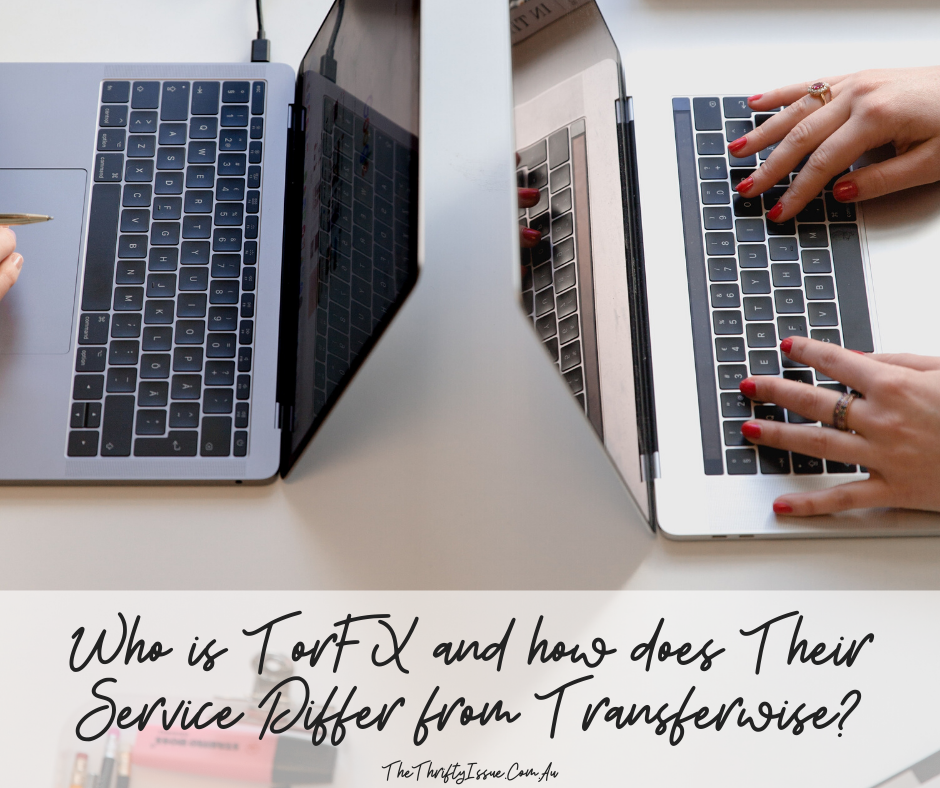 That said, we don’t recommend using Transferwise to move your assets to America. If you’ve landed a tech job in San Francisco, we advise going with TorFX. Our reasoning is simple: The greater your capital exposure, the greater your risk.

Transferwise does NOT offer dedicated dealers. Nor do they have forward contracts. A TorFX consultant can advise you on the ins and outs of the Australia-U.S. tax treaty. Meanwhile, their forward contracts will ensure that a blunder by Trump won’t chop thousands off your net worth.

We get it – Transferwise is fast and easy to use. But when you need to make a crucial transfer, trust the pros. 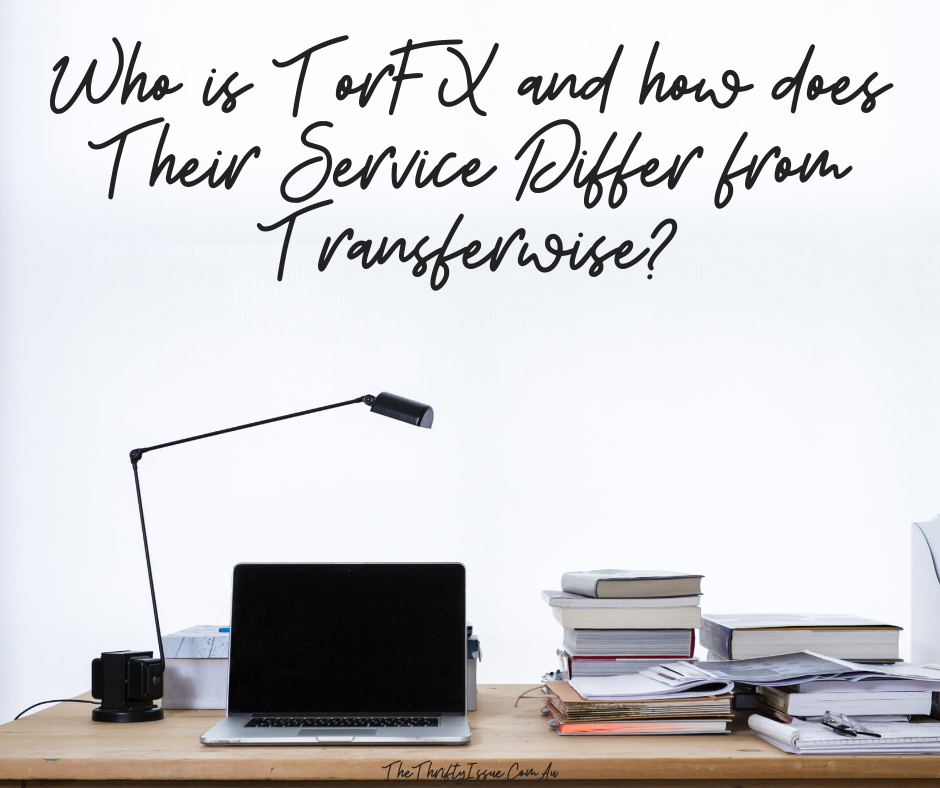 Each Money Transfer Provider has its Strong Points

Next to the banks, just about ANY money transfer provider (except for Western Union or Moneygram) looks fantastic. However, some firms offer a can’t miss rate. Others have an easy-to-understand user interface. And some have services and expertise that will save your businesses’ profits.

Our point is this – shop around. Do your homework. By taking a couple of hours to weigh your options, you can find the money transfer provider that’s right for you.