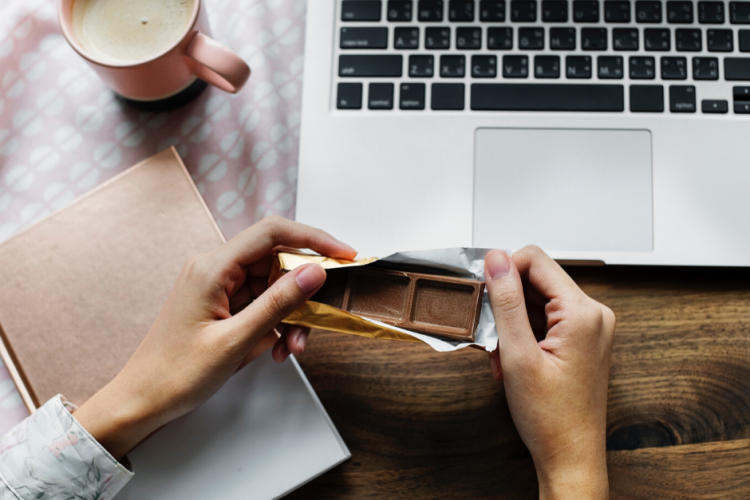 I’ve used Octopus Group since January 2017 but in July 2020, there were some significant issues (see below). I tested them again in October and November and it seemed to be better. They are the highest paying at $16.80 per hour with lots of surveys but there are issues.

In July 2020, they did a huge cull they did with no warning which left too many people with negative accounts. Also, some readers have sent details of how they have been screened out of surveys after spending time doing them. The customer service is extremely slow, rude and condescending according to numerous people and in my experience too.

Disclosure: this post may contain affiliate links. This review is based on my experience on the past few years and feedback from readers. Check the comments at the end for more,.

Here is my full review and tips to make more with Octopus Group.

I’ve been doing online surveys since 2010 and can verify, they pay the most.  However, from many readers, they have been screened out of more surveys and wasted more time with Octopus Group than from other survey sites.

Most other online survey sites have different rates for different surveys. Octopus Group has a system with a set rate per time so you know that whether a survey is 1 minute, 5 minutes or 20 minutes, the per-minute value is the same. Meaning, just like your hourly wage, Octopus Group pays surveys properly in a set time per dollar manner ($0.28 per minute which is $16.80 per hour).

However, if you get screened out, you spend a lot of time doing the start of a survey then getting screened out and not paid.

Here are some recent examples:

How much will I make?

This depends on how many surveys you get offered and complete as well as how many referrals you have or get who actively do surveys. With the surveys, you make $0.28 per minute or $16.80 per hour (yes, you can get long surveys sometimes).

Since most online survey sites have a bad reputation for low pay, you can see how Octopus Group is different. But they are the same as other survey sites in every other way.

A few surveys a month could easily add up to a few hundred or even over $1,000 a year. But if you refer anyone and they don’t do surveys or Octopus Group deems them inactive, you will have referral bonuses removed and can end up with a negative account if you have cashed out those referrals.

And I am not alone. Others have messaged and emailed me the same.

How Do I Join?

It’s easy to join Octopus Group here and start making money with online surveys. Simply fill in your details and be sure to do it accurately to get all the surveys relevant to you. When you have an incomplete or incorrect profile, you don’t get as many surveys and can potentially be screened out which means you don’t make as much money.

How is Octopus Group with Customer Service?

At first, I found them to be decent until there were issues. Then when I asked readers for feedback, I was supplied numerous examples of condescending and rude emails, delayed replies and poor customer service.

I am sure my treatment was different because of the number of people I have referred previously when I recommended them.

How do I make Money with Octopus Group?

There are 2 ways to make money with Octopus Group. Firstly, doing online surveys, provided you aren’t screened out. They can email you whenever there is a new survey relevant to you. Also, you can log in regularly to check if you want to.

Secondly, referrals. Octopus Group pay you $1 for every referral then another $1 for each survey they referral completes, up to a total of $20 per referral too. But, if your referral doesn’t do any surveys, Octopus Group will take the referral money back.

Early 2020, I made much more both from surveys and referrals.

How long do Surveys take?

Surveys can be as quick as a minute or I have seen surveys over an hour. You get to choose which ones you do though so if you prefer the shorter ones, only do those ones. If you want to make more in one hit, do the longer ones.

How do I get paid?

Choose between cash or gift cards. Cash is deposited directly into the account of your choosing. In my experience, payments happen on a Monday if I cash out between Monday and Friday. If I cash out over the weekend, it is Monday week I’ll get paid.

You simply log in, click on redemptions then choose if you want cash or a gift card. Then fill in the details, confirm by sending YES to their mobile number then it will be processed.

You can choose to let the money build up throughout the year then cash out for Christmas or school holidays or travel for the family.

What are the cons?

The biggest issues for myself and readers have been getting screened out of surveys, so wasting time. Having referral fees removed from inactive accounts with no warning and for readers, slow or condescending customer service but I have had no problem with customer service.

Octopus Group recently did a cull of inactive members without any warning. Anyone who has referred inactive members (members who had joined prior to 2 years ago and not done surveys) had the referral money deducted. It is in the terms and conditions that if a member closes their account you lose the referral but no one I know was informed they would be culling members like this. They have confirmed they will continue to do more culls in the future.

This means, if you refer people then those people don’t do surveys, Octopus can deduct the amount from your account and you will have a negative amount if you have cashed out.

In my case in July 2020, this was over $3,475 removed and continued to go higher as I posted here. Meaning, if I logged in my account is minus by a lot. Other readers informed me of losses too. So if you have referred others, you may lose that referral at any time, even years later. 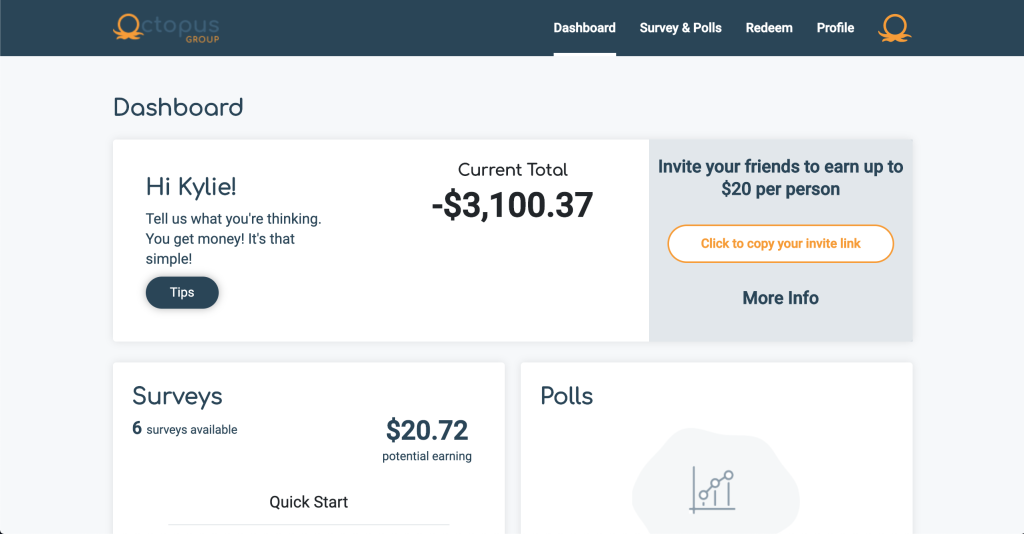 It is the highest paying but their customer service is terrible. There are numerous surveys but many readers say they get screened out regularly by Octopus Group. In my testing the past 2 months, I have only been screened out once and I realised that was because I hadn’t updated my details.