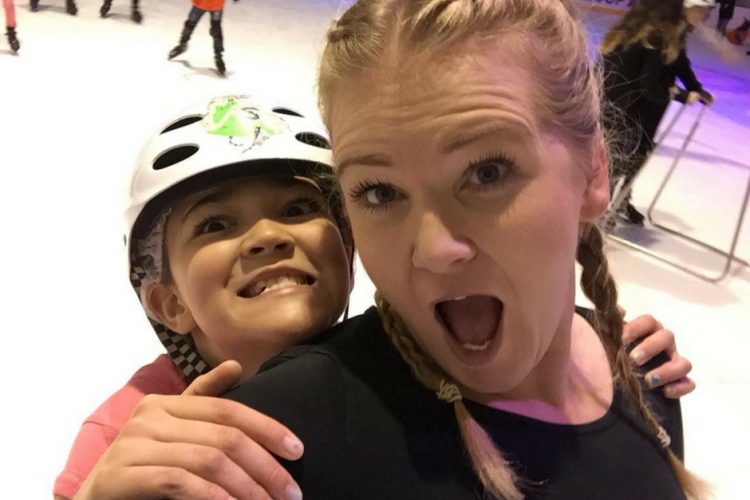 How I Will pay off my Debt

I hate and typically avoid debt. However, due to a lengthy and expensive custody battle plus a course I am paying for, I now have $23,403 worth of debt. It could have been much worse, I could have done more to make money but during this process, it took a lot of effort just to stay sane.

How did I get Into Debt?

My first bit of debt was a course I signed up for last year. Rather than pay in full, it was the same cost to make payments over 24 months, interest-free. So I opted for that to leave my money available for court. I’m still doing the course and have 9 months of payments to go. I have no intention of paying that out early.

Next, legal expenses. I left my abusive husband in 2012. We divorced in 2013, custody has been an ongoing issue with it pushing properly ahead in 2017. Or so I thought.

I had to apply for full custody to enable my daughters to go to China with their school. He agreed to sign passports then he didn’t do it and my only option was to go for custody along with the passports.

It got dragged out and has been ridiculously expensive. Ending with a trial that just finished on June 13, with barristers and everything. That’s right, we got pushed up to Family Court (higher than Federal Court).

He didn’t turn up to anything but I still had to pay for everything to get custody. Which I was granted.

Legal expenses have included custody, a lot of back and forth between our lawyers plus a protection order. I paid most of it already but when it came to this final part, I didn’t have enough and borrowed from my parents.

It’s no secret I am great at finding ways to make money, last year I generated over $33,000 on the side and the year before over $10,000 in a month buying things to resell. That’s all fine to do until your stress levels are so over the top you can barely function. Or until your children need a lot of help.

Throughout this custody battle, there were times my ex-husband caused issues (hence the protection order). When this happened, it was so triggering for my daughters they couldn’t stay at school longer than a few hours. Their nightmares every night, high anxiety and other issues meant my life stopped. I could not plan for anything and had to scale everything back to be there for them.

I made a choice, my family comes first. Yes, I could have pushed it to the side or made them stay at school or ignored their nightmares but I am not a monster. I put my income and everything else on hold in order to help them now so the effects would be minimal. Also, psychologists specialising in their needs are expensive!

Almost a month ago my best friend here in Melbourne died. A suspected murder and when I was told, I collapsed. For a few days I could not function and even now, at times I burst into tears.

I’m going on a trip next week which she was supposed to be on with me. Our daughters go to school together and my friend had only just turned 40.

The absolute grief of losing her, combined with the high stress of a custody battle, moving house and dealing with my kids anxiety means I have not had a lot left in me to manage my money.

Managing your finances, working extra, doing all the things to save money isn’t as easy when you are struggling mentally. I coped ok because I have a super supportive family but there have been days where just getting out of bed, getting my kids to school and taking care of them was an achievement.

Because of this, I didn’t make as much money as I could have and this contributed to my need for debt for the legal fees. To be clear, I am mentally healthy (I had to get a full psychiatric assessment during the custody battle so can actually prove that!)

However, I was under an unusual amount of stress. If mental health is an issue for you, read this article I wrote about managing money when dealing with mental health.

How Will I Clear my Debt?

I’ve shared 6 ways to easily reduce your debt plus how friends cleared $90,000 in 12 months. Personally, I’ll be doing a combination of reducing my expenses plus earning more. I am fortunate the work I have is flexible but I’ll be taking a bit of a break from some of it.

I have the opportunity to get my diving certification thanks to Dive Munda in the Solomon Islands, followed by a week on my favourite trip ever, a Solomon Island Discovery Cruise. After that, I fly out to Fiji for a week, back to Canberra for my sisters’ wedding (and Pacific Suites) then back to Melbourne for the Business In Heels Summit I am presenting at.

My children will be with my parents while I am overseas so we have no housing expenses from June 20th through to July 27th. Following this, I have other work offers with hotels and we are likely to be able to continue to live free of housing costs.

I realise not everyone can do that but you can rent rooms on Airbnb, get a boarder, couchsurf if you are single, look for cheaper rent, rent out your garage or look at other options.

For most of those 5 weeks our food is also covered. Outside of that, we tend to be buying what we need as we need it instead of buying in bulk or having a lot of food stored. Since my kids eat mostly fruit, vegetables, nuts, deli meats, yoghurt and foods like that, it is easy to get our portion sizes and for them to eat normally as we travel. Food wastage has gone down significantly too.

I don’t have much left to sell but we will sell a few things. Mostly, I will be doing a heap of freelance writing when I get back from the Solomon Islands and Fiji. Writing is my favourite thing to do, so it is where I will focus. On top of this, my publisher from a contract I signed back in 2014 has been calling a lot. The manuscript is way overdue.

Obviously, I will update you when and how I clear the debt. I hate being in debt and would like to clear it asap. However, some of the debt (e.g. school) I am ok to leave until it pays itself off in the timeframe the school set.

How did you Clear Debt Quickly?